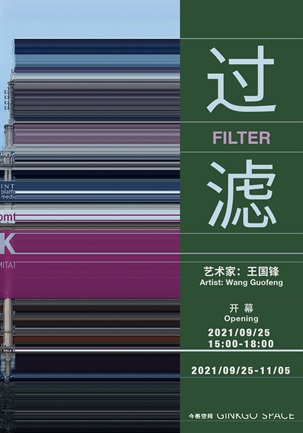 The “Untitled” series focuses on the dialectical relationship among images as well as the relationship between the image itself and the space around. In the meanwhile, the temporality of the images flows and penetrates into the present sense of “time”. Extended temporality functions as a tunnel that filters the force and the counterforce of history, generation, memory and ideology,  correspondingly completing the “filter” process for an artist.

The works in the “Untitled” series reveal what’s invisible within the images through visible images  themselves. Among their list of agendas that touches on the topic of generation, society, humanity, culture, politic and everyday life, the core is the relationship between the history and the present, on top of which the works feel warm despite their frigid and quiet look. To discuss their sense of presence or detachment becomes an individual’s field of experience. The works appear to hold themselves on the edge of conversion between abstract forms and representational figurations, putting themselves in the cycle of transformational journey between the subjective idea beyond the objective reality and the abstract image beyond what’s represented. As much as they are concerned with visual philosophy, they also lead to a more generous, more ideal and purer discussion about the ontology of artistic language.

Wang Guofeng, born in 1967, Liaoning, currently lives and works in Beijing. He was recognized as one of the Top 15 Asian Contemporary Photographers by the International Photography Award (IPA 2017), named“Artist of the Year - Photography” for 8th Award of Art China (AAC 2014), received Honorary Mention for the Moscow International Foto Award (MIFA 2014), and shortlisted for "ING Real Photography Award"(2007).

The exhibition opens till November 5th.

Note: This article includes some excerpts written by Wang Yang.