Wang Guofeng :How to connect our memories? 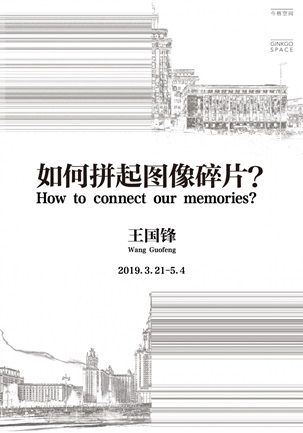 Gingko Space is pleased to announce artist Wang Guofeng’s solo exhibition, “How to connect our memories？”, opening on March 21, 2019, during “Gallery Weekend Beijing". This exhibition marks the artist's first presentation at Ginkgo space, showing Wang Guofeng’s two ongoing series of photographs from the last decade. The exhibition will be on view until May 4th.

Since 2006, Wang Guofeng has been working on these two series of photographs, Ideal and Utopia based on historical sites and architectures remnants from China, the former Soviet Union, Eastern Europe, and other former socialist states. Both series present large-scale and monumental architectures that initially were aimed at propagating ideologies and national wills at specific moments in the history of humanity. These large-scale and spectacular architectures are as much the embodiments of power and ideology as they are spatial installations in the spectacles of power. Wang Guofeng isolates these objectified spectacles from history in his reinvestigations of them, and transforms them into bewildering compositions with the naked eye in order to emphasize on their implicit meanings. These spectacles are endowed with traces of time, as well as shapes of ideology. They are both physical and symbolic. Wang Guofeng conceives the frontal shots of these architectures as the objects of his gaze, and through his precise portrayal, Wang probes the representation of national will within aesthetics and spatial domains.

These architectural photographs Wang Guofeng has captured are not necessarily the artist’s reminiscence for that specific era, instead he assigns certain specificities to a lived era of utopia by means of the photographic observation and the artist’s gaze. These images not only allow us to look at the architecture that has lost its former visual power, but also a glimpse of the transformative relationship between power and architecture as we live through these complex historical transitions. Today, as the power dynamics shift through its rise and fall, these spectacular architectures only exist as the fossils of history, and people may no longer be impressed by their majesty. At last, Wang Guofeng’s photographs still allow us to discover the extensive meanings and reinterpretations of these defining architectures under specific historical conditions.